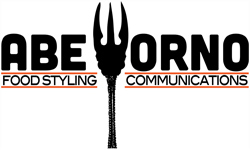 Abraham Wornovitzky is both a Communications and Culinary Arts expert. His career has been focused in two different yet creative areas. In Communications, where strategic planning, consumer knowledge, innovative market research and advertising play a major role. He worked in Marketing Consulting with a focus in the kid and teen markets, contributing to projects and developing ideas for such clients as Mattel, Domino’s Pizza and MTV.

After moving to Canada, he pursued his passion for Culinary Arts by enrolling in one of the best culinary programs in the country. He obtained his Red Seal certification after working in many different kitchens. A desire to share his passion led Abe to teach Culinary Arts at the Northern Alberta Institute of Technology (NAIT). As this role evolved, he started to do marketing for the part-time culinary, pastry and beverage courses for NAIT, the school he graduated from, and spearheaded four successful years of high-end Culinary and Pastry Boot Camps.

In Toronto, Abe took Food Styling courses with Dolores Custer, one of the pioneers in the field. Has opened EyeCandyTO, an image consultancy shop for the food industry, providing original images of food and/or beverages for commercial applications. And has worked with EyeCandyTO and independently for Pusateri's, Nestle Chocolates, The Silver Platter 1 & 2, Bell Media, Jackman, One Method, Haagen-Dazs, The Gladstone Hotel, Belmont Raw, etc.

He is also a recipe tester, a recipe developer, a food blogger (www.onmytabletoday.com) & a food media creator.

Abe has also taught in Toronto for over two and a half years, both corporate and leissure cooking classes.

As a leisure photographer, he has exhibited work in Scotiabank CONTACT Photography Festival.

Abe is always exploring new ways of mixing Communications and Visual Arts with the Culinary Arts.

For food photography & food styling services, you can reach Abe at: